Posted on February 16, 2018 by accidentalhomesteaderblog

So last week the grocery store had chicken breasts on sale. We can’t eat them all quickly enough to make a family pack worthwhile, and I’m terrible at remembering to pull out chicken early enough to unfreeze it before cooking. So I set about making chicken packets for later meals.

First off, we are lucky enough to have a Sous Vide machine. True story: When we got married, we didn’t really want to do a registry. We had all of the stuff we wanted. But friends kept on asking where we were registered. So we registered at Williams Sonoma. Nothing over $100, and we kept an average of $30. When you do a registry, you get 20% or so off stuff on your list. We thought about putting the Sous Vide on there, so that we could get a good deal. I nixed that idea because I said that my beloved sister Jane would absolutely buy that for us. So we didn’t have the Sous Vide on the list. Note: this conversation happened entirely in our living room, and I didn’t mention it to anyone else. About a week later, I come home and a package is on my front porch. My beloved sister and her family had purchased a Sous Vide for our wedding present. 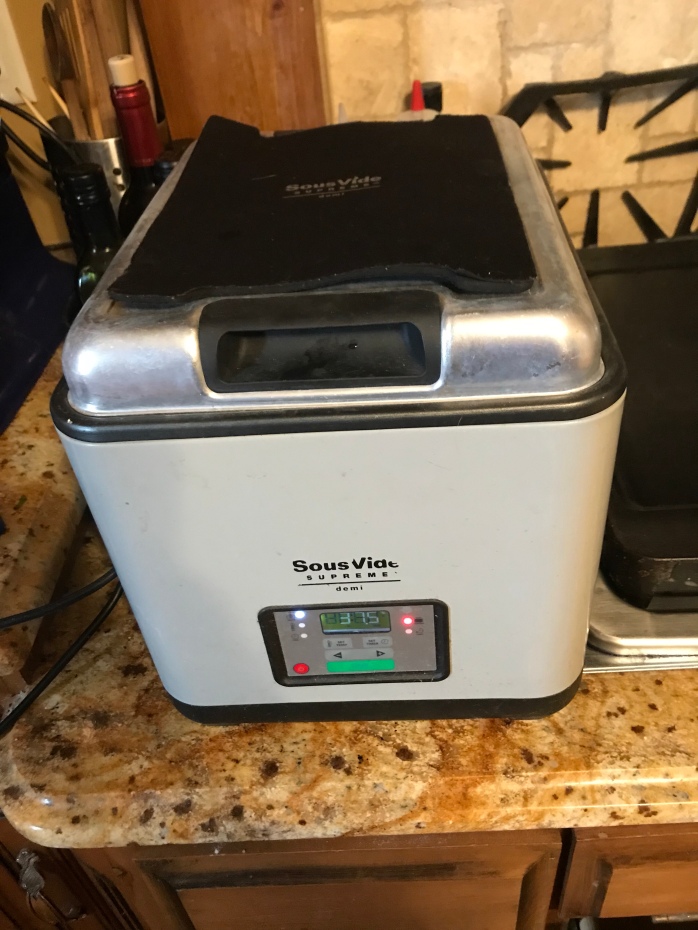 So we have a Sous Vide. And we love it.

Anyhow, back to the chicken breasts. We have five huge breasts, maybe 7-8 meals worth. I place them individually in vacuum bags. 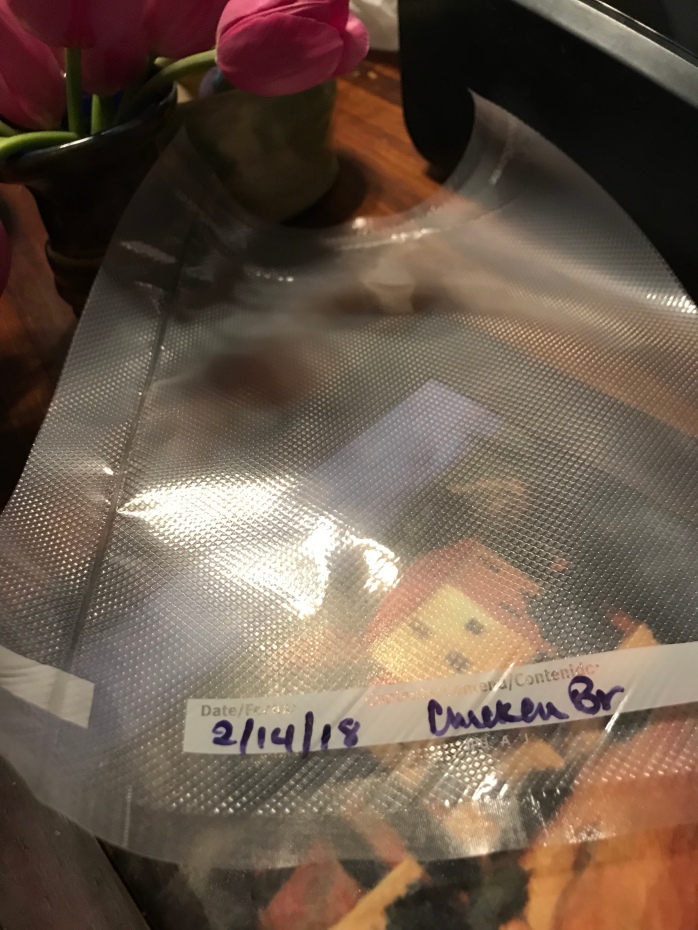 Make sure you date and identify what is in the baggie, so you can do FIFO.

Set the sous vide for the appropriate temperature. I’ve got some printables that I made for various kitcheny things. One of which is the temperatures for meat.

So I set the temperature for 74′ and let it roll for a while. 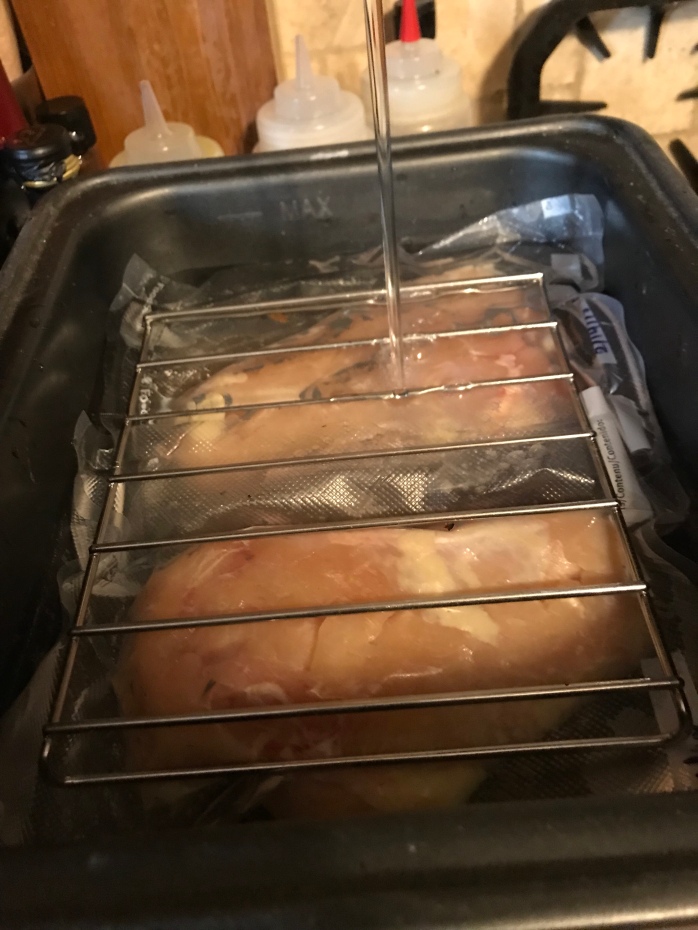 Make sure the meat and baggies are completely submerged.