Posted on February 11, 2018 by accidentalhomesteaderblog

So I got sick, which slowed us down on our no waste plan. But I’m on the mend, a bit, and trying to do easy, yet productive things.

I sewed another iteration of chicken saddle, we’ll see if it works. it’s a simplified design, with reinforced back and neck, and is prettier, because it was easy to use binding tape to seal off the edges. Violet is unhappy, but they all were when they first got it. It bothers me aesthetically right now because it was intended for Dottie, but we couldn’t catch her – so Violet is wearing green instead of purple. It bothers me because I’m an OCD dork.

Then I put out nesting supplies for the birds. I got some cotton yarn on sale, and cut it into small pieces for them to use on the nests. I’m doling it out a bit at a time, but it seems popular with the locals.

Next up on the easy to do chores was my Johnny’s order. We get seeds from them every year with good success. Next is to read up on rotating crops and figuring out what should go where in the garden.

Once I get that done – and take a nap – I’m going to figure out what I need to make a chicken ladder.

Wooden beads and dowels, wire and crimps, and something to hang it on. I’m also going to use similar stuff to build a roost for the new chicks we plan on getting. I called the local farm store, and it doesn’t really look like they’re going to get what we want, but I’ve got another source for chicks in town. Also, we’re going to save some of Violet’s eggs, and maybe one or two of the others, and hatch them ourselves. The incubator arrived on Friday. I haven’t played with it yet, though. 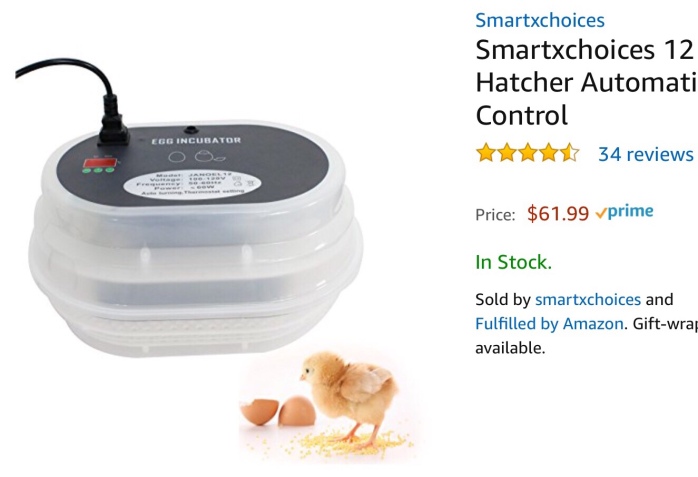 Then it’s to plot a route (more or less) for our vacation in March, okay it with the other half, and let our best friends know when to expect us. We’re going to Hilton Head. Or decide to fly and rent a car, because I have to go to Wisconsin the next week for work. My kittens are going to be bereft. We’ll figure it out.

It’s been a few years since i was last there, but it was So. Dang. Fun. last time.