Posted on October 24, 2019 by accidentalhomesteaderblog

A few years back, my beloved sister and brother-in-law gave me a wonderful Christmas present – The Modernist Cuisine at Home. 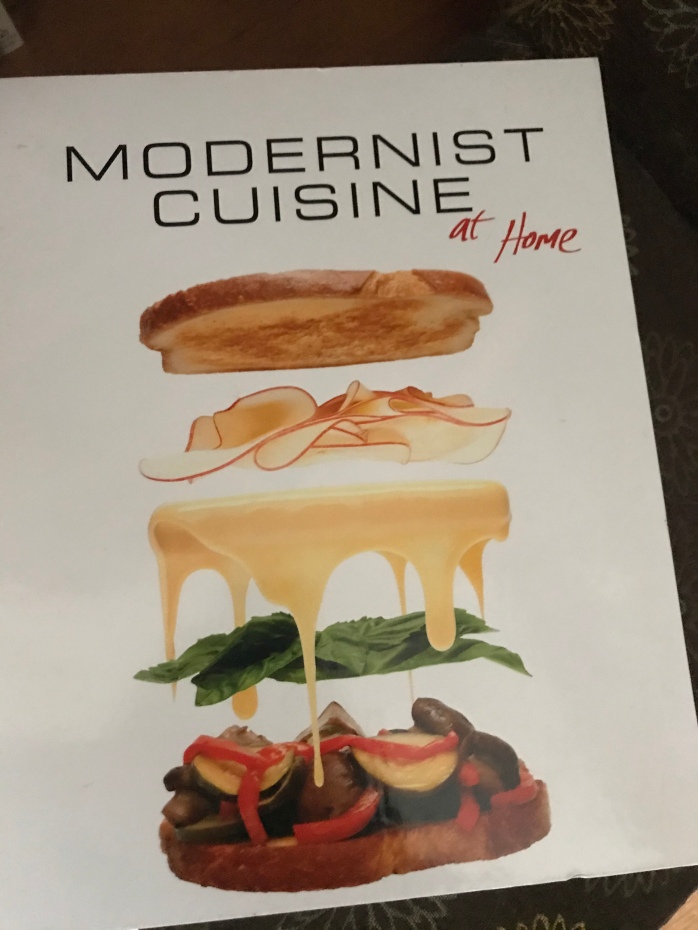 At the grocery store last weekend, there were a buttload of mushrooms on clearance. In our house, that means mushroom jus day.

Why do we have mushroom jus day? Because at Bluestem in KC they have the most magnificent mushroom soup. I would be happy to die Duke of Clarence style in a vat of this stuff. So of course, we try to chase it at home.

So we start with the jus.

We started with roughly five pounds, and made a 9x batch.

So cut up and brown the mushrooms. I obviously had todo it in batches, so when the bottom of the pan got a bit dark, I just deglazed with some of the sherry.

Then sauté the shallots. 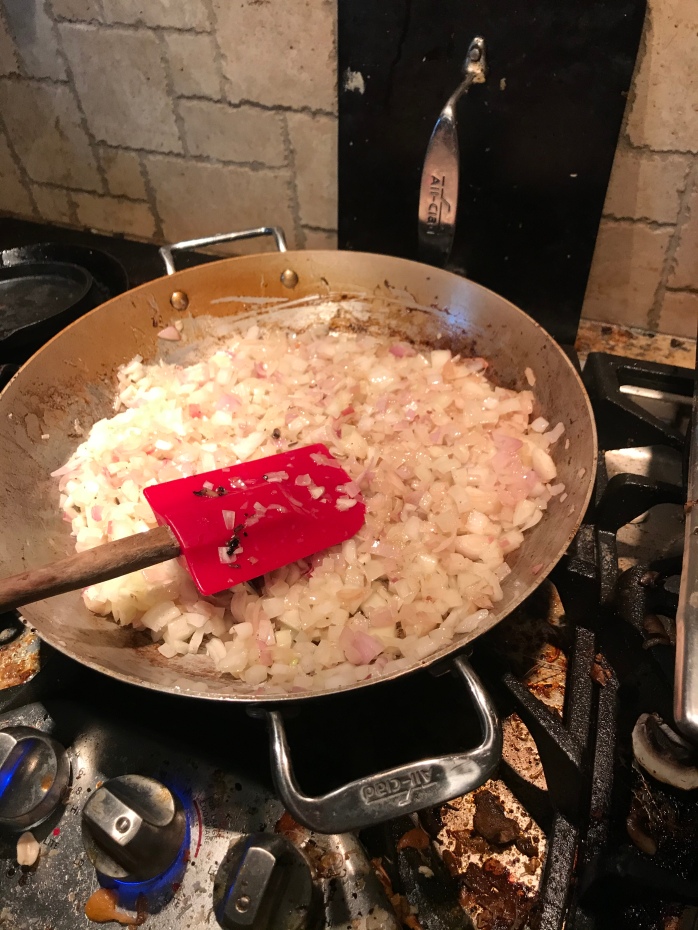 Put all of it in a pressure cooker with water. Yeah, I know we need to clean our cooktop. This weekend.

Bring the pressure cooker to pressure and then cook for 25 minutes – I think.

Let it cool a bit and then strain through a chinois.

We ended up with about a gallon and a a half of jus. We used the pressure cooker to can four quart jars of the jus (since it is higher in pH, you *must* pressure can, and a fairly long time, 45 minutes), had a quart jar for immediate use, several cups to freeze, and a jar to share with my parents.

We use it for a base for gravy, in mushroom soup, pretty much anything that needs a little umami kick.

I made a gravy to go over chicken breasts, and then with the leftover chicken made chicken and rice with the gravy.

Hopefully, in the spring, our log that we inoculated will have mushrooms!