Posted on April 13, 2021 by accidentalhomesteaderblog

So now that we have the bees settled, it is on to the birds.

The hatch was a fail. Nothing hatched. At 25 days, I finally gave up and dumped the remaining eggs.

But, I did get a notice that my chicks have been mailed. So we will have the Peeps, TNG in a day or two. To that end, the Husband built a fancy controller for the temperature in the brooder. 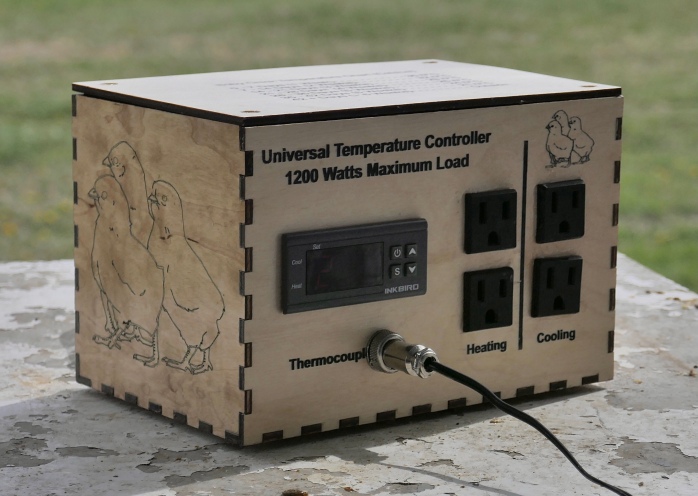 He built it from Raspberry Pi, and laser cut the pieces for the box. He’s so awesome!

So we need to clean up the failed incubator, strip it for parts, and throw or reuse the rest.

The initial brooder will be in the office until they get a little bigger. Then it is the big brooder in the garage.

Two of the fancy chickens didn’t hatch at the supplier, so we don’t get the Mottled Houdin or White Sultan chicks. Instead we will get blue copper Marans and barred rocks. Which is perfectly fine.