Posted on October 12, 2017 by accidentalhomesteaderblog 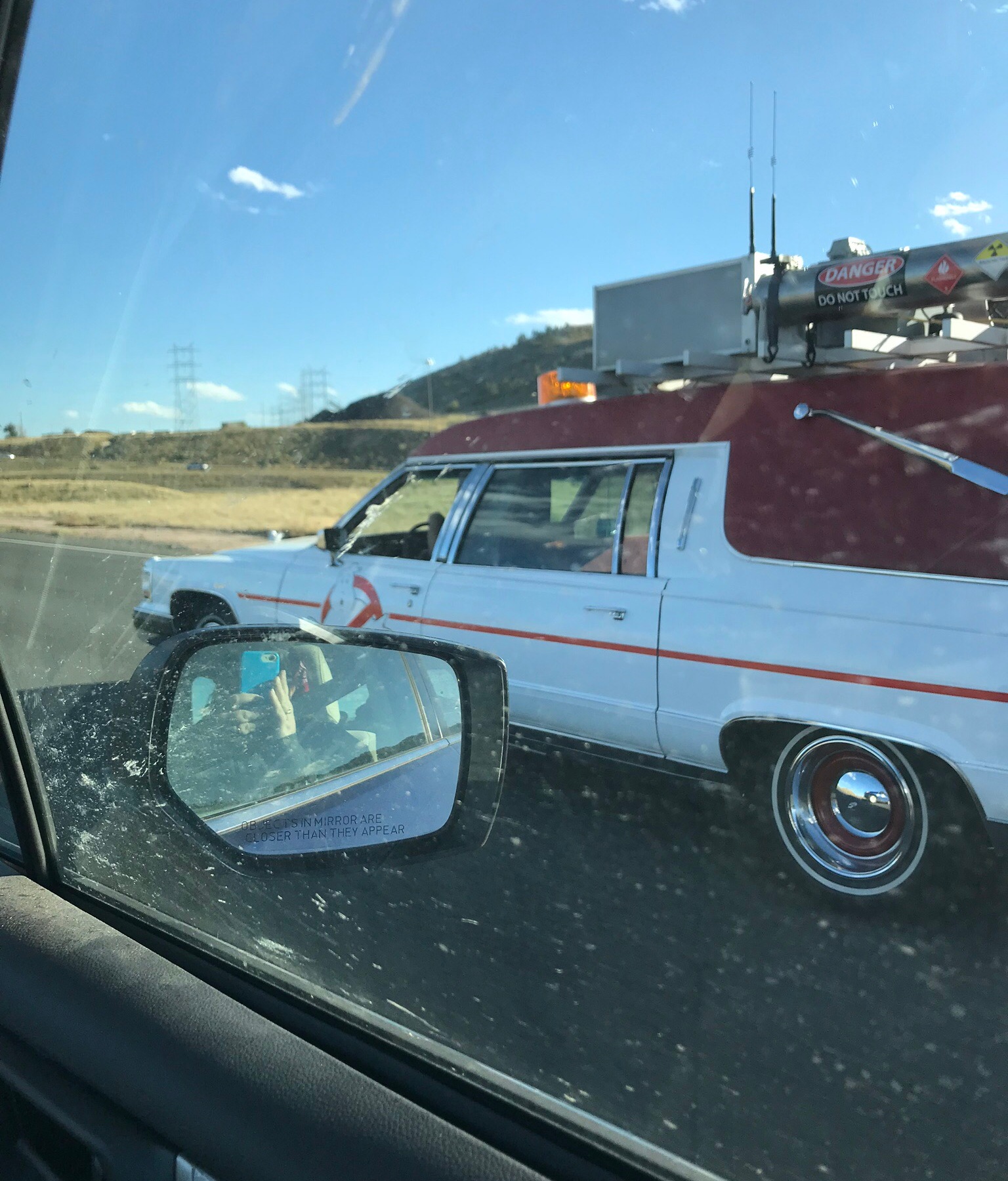 OK, it’s like two hours out, and we’ve only left the mountains. It just gets weirder.

First of all, we have Ecto 1 on the road with us. 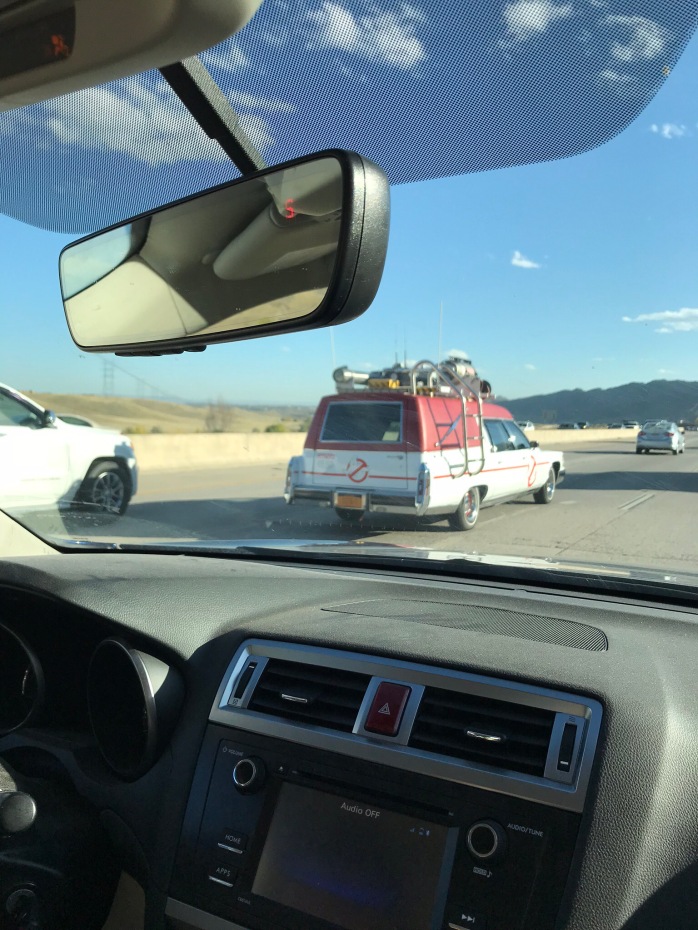 Then we hit ridiculous traffic. There were more wrecks on the stretch of I-25 in the course of an hour than we saw the rest of the week. Annoying.

But we saw one of the ancient VW burial grounds. Hundreds of TDIs, waiting for either a crusher, or the ability to sell them in South America or something.

There were some pretty parts. 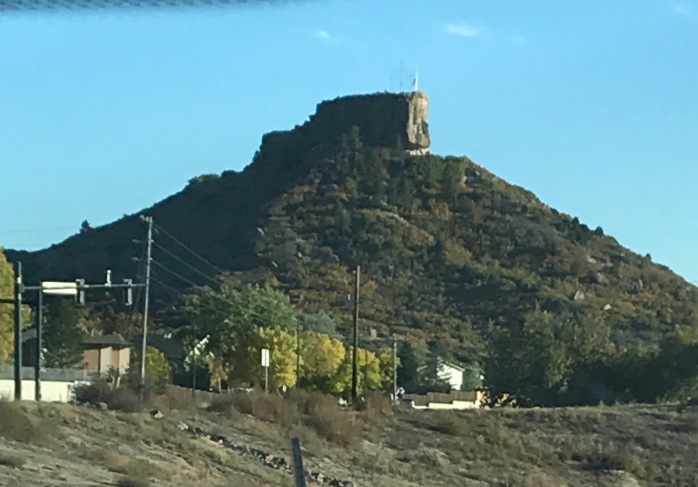 On through eerily evangelical Colorado Springs, through Pueblo. We found that there aren’t that many things open on a Sunday night in rural Colorado. So we stopped at the only place open. Grim. Then hurtled through the night on 50. Past Swink, which either has feedlots or piles of dead bodies next to the road, given the smell. “Come to Swink! We Stink!” Then on into the night to get to the Hampton Inn in La Junta, so we could have waffles in the morning. It’s all about the waffles in our household.