Posted on February 4, 2020 by accidentalhomesteaderblog

We have two just beautiful roosters.

(Well more than two, but these are the prettiest) 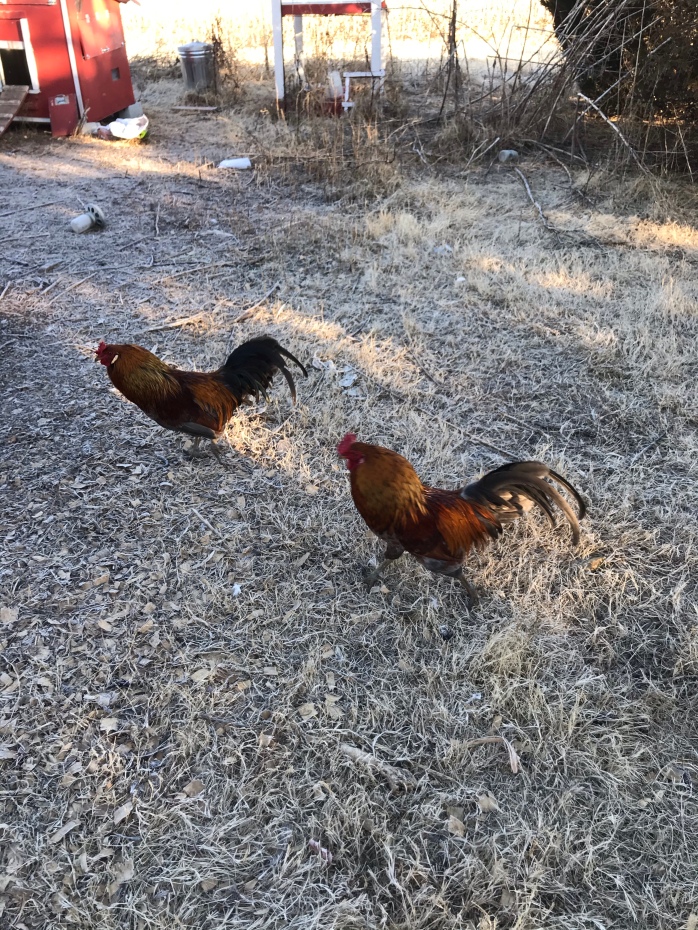 Both are Noahs. The only difference between the two (other than temper) is that one has a parti colored tail, gray and white. The other has a black tail.

I mean really. How gorgeous is he. The one with the black tail is more docile and lower in the pecking order. We often see him in the morning before we let the chickens out because he wasn’t let in, or if we haven’t latched the egg door, he gets shoved out.

The gray tailed one is more aggressive and sleeps in with the teenagers.

We hatched the, from eggs, Aracauna x Aracauna – I think. That last pic you can see the green in their tails. So pretty.

I think we are going to keep the black-tailed one for breeding, and try to sell the gray-tailed one. They fetch about $8 at the chicken auction. As we tell the roosters every night as they jockey for position and run in and out of the coop: we don’t need eight roosters. And we don’t. Most will be sold or dispatched and eaten.