Posted on January 8, 2018 by accidentalhomesteaderblog

One of my favorite cliches is that it’s only failure if you don’t learn anything. So I’ve had a LOT of non-failures at ceramics lately.

So the husband belongs to MakeICT, which is an awesome place. We went to a ceramics night in November, and I had such a good time and made a wonderful mess. So we kept on going. So far I’ve not-failed at egg cartons, bowls, plates, row markers, and pitchers.

We’ve got a few different pieces in different stages of completion, but we should have a couple pieces done soon. 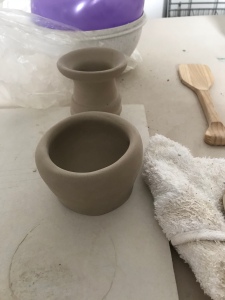 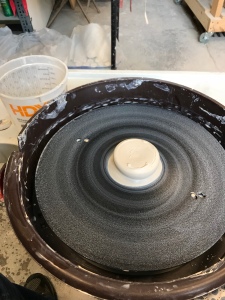 The one that looks odd in the above one was a bowl I made while some Girl Scouts were watching. I lost the shape while they were watching, so I declared it finished, weird and wonderful!

They’ve now been bisqued, and some of them painted, and are ready for firing! 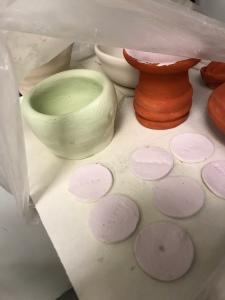 I look forward to many non-failures in my future!